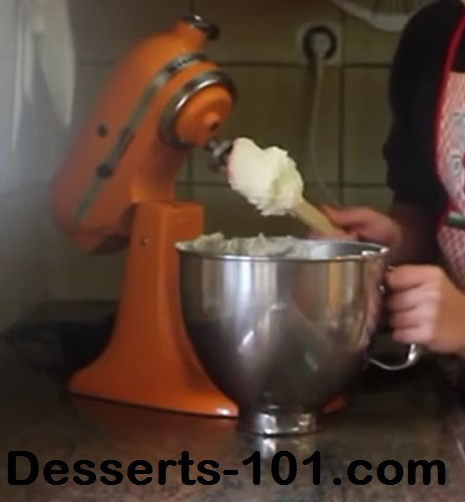 Swiss Meringue Buttercream is going to taste more like butter.  Yes I said butter.  It is not nearly as sweet tasting as American/Wilton Buttercream.

With this amazing buttercream can actually make beautiful buttercream roses, drop flowers, blossoms, drop strings, borders, etc. It can be used under fondant as a base icing.

I also use it when I make Cake Pops.  It also makes great dams to keep fillings inside you layer cakes from busting out.

We start out measuring our ingredients.  Then we place the egg whites and the granulated sugar into a heat proof bowl on top of simmering water in a double boiler and stir it with a gloved hand until all the sugar has dissolved. 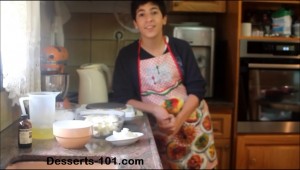 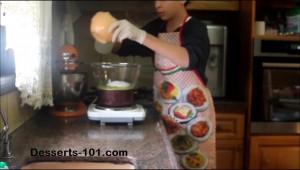 Add the egg whites and granulated sugar to a double boiler. 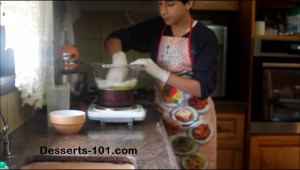 Mixing the egg whites and granulated sugar in a double boiler until the sugar is dissolved. You should not see or feel any grains of sugar in the mixture and the temperature should be around 125ºF/50ºC. 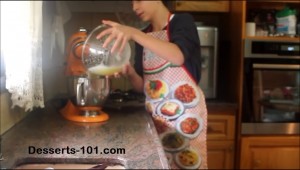 Add the warm sugar/egg mixture to a stand mixer and whip until it becomes glossy (5-8 minutes). 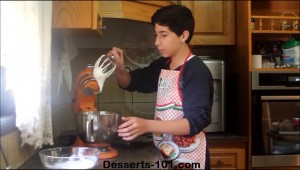 The meringue mixture is glossy and peaks like this. It is also room temperature. (The temperature is very important, if to warm your butter will melt.) If in double take its temperature it should be under 80ºF/26ºC. 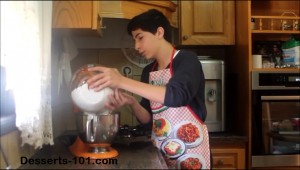 Adding in the confectioner’s sugar all at once.

Whisk the confectioner’s sugar in. Add the room temperature butter and shortening pieces and whisk until the buttercream become fluffy and stiff. 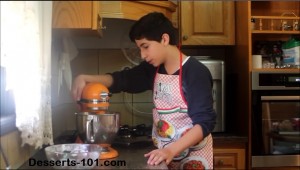 Whipping in the confectioner’s sugar on low speed at first increase speed as it get absorbed. 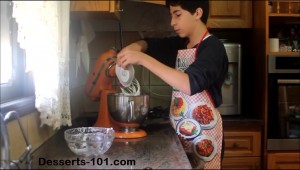 Adding in all of the butter and shortening pieces all at once. 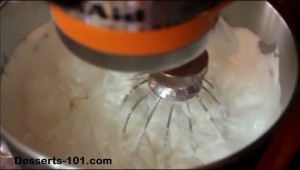 Swiss Meringue Buttercream after 30 seconds of whipping. Notice the mixture looks broken with lumps in. This is normal, keep whipping it will come around.

Switch to the paddle, add in the vanilla extract (or flavoring of your choice) and paddle on low to medium low speed for 3-5 minutes to smooth out the buttercream.  Enjoy! 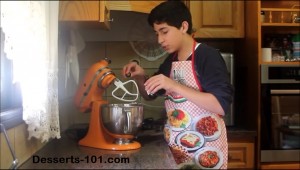 Adding vanilla extract (flavoring) and then paddling 4-5 minutes until buttercream comes together. 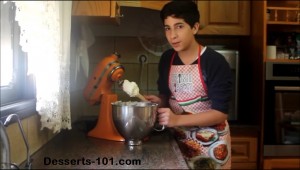 Swiss Meringue Buttercream Recipe
Save Print
Prep time
15 mins
Cook time
10 mins
Total time
25 mins
Swiss Meringue Buttercream is different from American Buttercream, Italian Buttercream and French Buttercream. I use it as my main icing. I use it under fondant, in cake pops and cakes. You can make different flavors and this makes a great chocolate buttercream.
Author: Joseph
Recipe type: Frosting - Icing
Serves: 6 cups
Ingredients
Instructions
Notes
For the whitest buttercream you can get, use clean vanilla flavoring. You may also want to use all shortening and a little clean butter flavoring.

This buttercream will last 4-5 days at room temperature. You can refrigerate it for up to 2 weeks or freeze it for 2 months. To use, bring it back to room temperature. Then put back in the stand mixer and paddle the mixture smooth on low to medium low speed.
3.3.3070