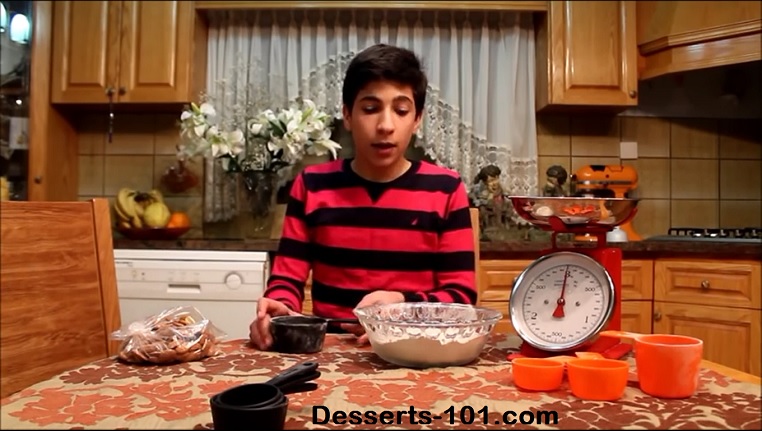 Baking is not nearly as forgiving as cooking is.  When you are making a soup, a little extra of an ingredient does not make much of a different most time.   But in baking,  getting and extra 1/4 cup of liquids at a time can make all the difference between success and failure.

We are going to talk about measuring our ingredients.  In the United States most people want to measure everything using measuring cups, many time people only use a liquid measuring cup.  But are measuring with cups accurate?

That all depends.  How who manufactured them, what they are intended to measure and they set for American or Metric sizes. Did you know there is a difference in a cup made for the USA and a metric measuring cup.  A USA cup is supposed to be 8 fluid ounces or 237 milliliters.  A metric measuring cup is 250 milliliters.   Sure 13 milliliters does not sound like much of a difference but if you are measuring out 4 cups, that can be 52 milliliters or about 1/4 cup.  Also how accurate is the cup.  Most dry measuring cups are fairly accurate since the cup size is trimmed after the cup is formed.  But liquid measuring cup which have the measuring system printed on the side can be off by 10% or more and still be considered accurate.

Another thing that makes a big difference is how you load the cup.  If you are loading a cup with flour, do you fluff the flour before you spoon it into a cup? Do you dive the cup into the flour and pack it against the side.  Do you level the top with a finger or a knife. So what is a baker to do?  Easy weight your items.  Scales are cheap.  You can pick up scales for $10-20.  Electronic one are nice because you can put you bowl on, zero the weight and then add your ingredient and weigh it.  Better scales you can switch between pounds/ounces and grams.  Also it does not matter if the item is sifted before or after you weigh it.  The product will weigh the same, although the volume will not be the same.

In my demo,  I have two different measuring cups.  A black one and an orange one.  There is also a mechanical scale with a bowl which you adjust to zero. And I have a bowl of flour to measure. 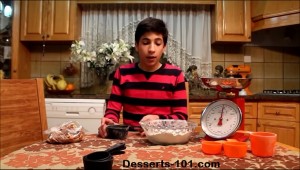 Showing 2 types of measuring cups, a scale and flour to measure.

First the black measuring cup.  I fill it and sweet the top off with my finger.  It weighs in at 100 grams. 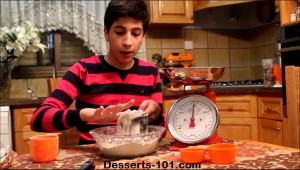 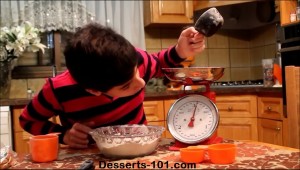 Now it is time for the orange measuring cup. 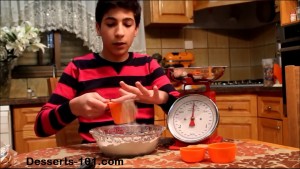 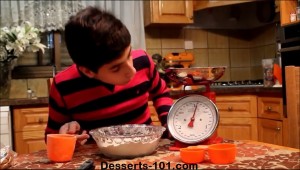 Orange cup weighs in at 115 grams.

It came in at 115 grams.  A difference of 15 grams.  So with 4 cups measured there can be a two ounce difference.

Good technique can help give you consistent results.  Fluff you flour before measuring, fill the cup with a spoon and then level off the top with the flat edge of a knife or a spatula.   And the best way of doing it will always be a scale.

Good Luck with your measuring.

Some good sites to check out for weights.

Check out these site, there are many more out there.  You can also google the conversion and come up with good answers.

Watch of Demo of me weighing 2 measuring cups